94.7 The Wave Stage Rocked the 2019 Taste of Soul Festival
By Lauren A. Jones, Contributing Writer 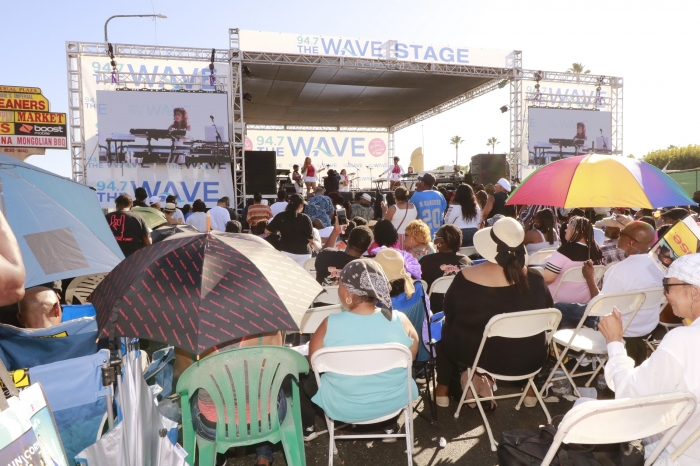 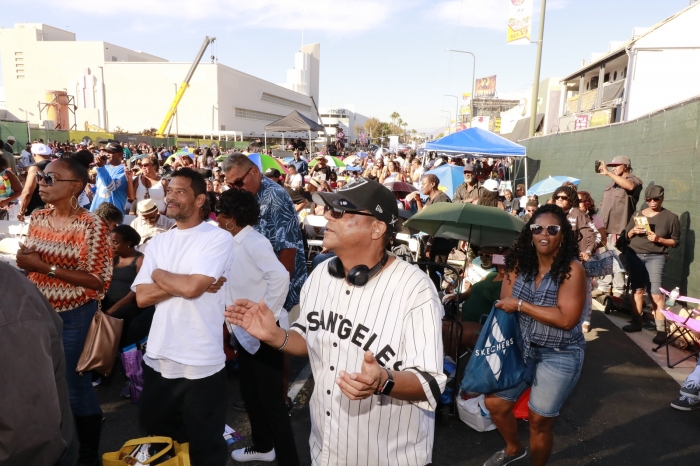 The Wave stage has been a staple of the Taste of Soul Festival since its inception. Positioned at the corner of Crenshaw Blvd. and Stocker St., 2019 was no different with an all-star lineup of musicians, surprise appearances from Stevie Wonder and even a special in-person message from Los Angeles Mayor Eric Garcetti.

“It’s important for the people to know that the city supports the Taste of Soul,” remarked Mayor Garcetti. “The vision of Danny Bakewell [Sr.] with the support of the city, you see it makes this the biggest party in L.A. every single year, a chance to build community, preserve community and to get excited about what’s going to come.”

Festival goers young and old camped out with their lawn chairs and umbrellas in front of 94.7 The Wave stage. As musical acts like Chosen Recovery, Cultural Soul, Tony Grant, Tay Walker, FreQwency, Klymaxx, Evelyn Champagne King and the S.O.S Band took the stage. As each performer peered into the crowd, they could see hundreds of colorful people grooving to their smooth sounds.

Chosen Recovery brought the gospel sounds to kick off the day. The crowd rose to their feet as they listened to the electric sounds of Tay Walker, FreQwency and Tony Grant. 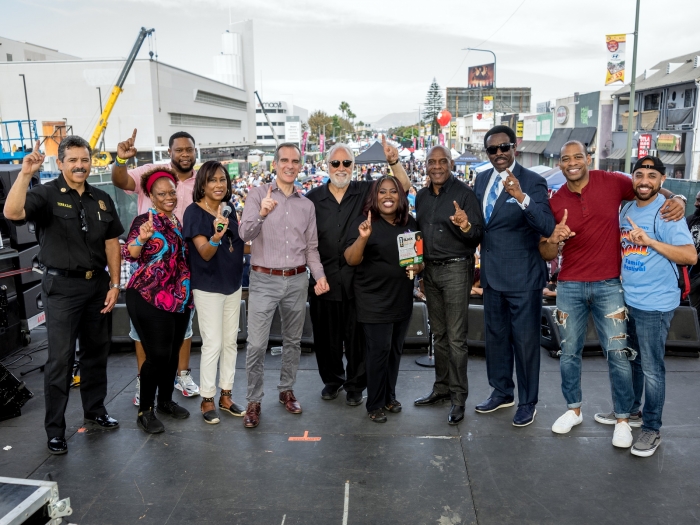 “I can’t think of another festival that tops this,” KCAL 9/CBS 2 morning anchor, DeMarco Morgan told the L.A. Sentinel. “New York has nothing like this.”

Morgan was one of the many surprise guests that greeted festival goers at The Wave stage. KCAL 9 evening anchor, Pat Harvey and 94.7 The Wave radio host, Pat Prescott co-emceed The Wave stage as they introduced each act and special guests. Harvey discussed at length how important Taste of Soul, especially as she celebrated her 30th year of anchoring becoming the longest tenured anchor in prime time at one station in Los Angeles.

“It’s pretty surreal and I’m going to be honest because I hadn’t thought about it and it’s 30 years of drive, hard work, meeting people, family,” started Harvey. “Danny Bakewell and his family supported me when I first moved here.” 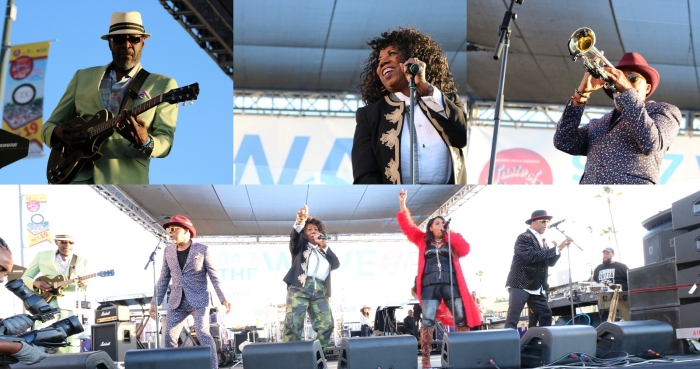 “Taste of Soul is somewhere to come every year where everything that is produced, that is created is right here in the community and it gives other people an opportunity to come down and see what we have to offer,” Harvey continued. “I know the importance of that. I know how special it is and I feel good when I hear people talk about, ‘Wow! I didn’t know that was our Crenshaw, it’s amazing.’”

“It is an event that we [LAPD] prepare for and I look forward to it every year,” echoed Scott. “My officers get a chance not to police, but to be a part of something bigger than they are. I love it.” 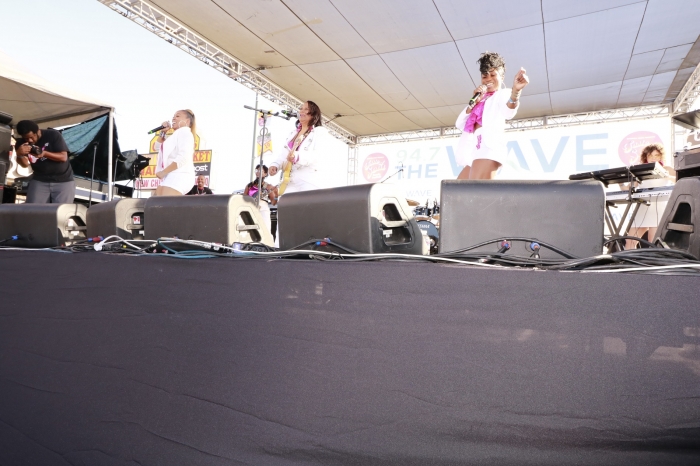 When the dynamic, all-female band Klymaxx brought out Stevie Wonder, there was a roaring applause that could be heard all the way down Crenshaw. Wonder joined the ladies on the keyboard with magic emitting from his fingertips.

The sun began to set and the much-anticipated Evelyn “Champagne” King took the stage. She was easily the crowd’s favorite act of the day as men and women, young and old, sang along to her classic hit “Shame.” The 1970s disco single, “Shame” gave members of the crowd flashbacks to what they consider the “good ole days” as strangers sang their hearts out.

S.O.S Band, also known as the Sounds Of Success, closed out the The Wave Stage with a bang. The 1980s R&B and electro-funk group performed a compilation of some of their hit songs including “Take Your Time (Do It Right),” “Just Be Good to Me” and “Tell Me If You Still Care.”

The Wave stage brought the same energy and vibe that it has been since 2008 when the radio station powerhouse became a sponsor of the Taste of Soul. The Wave also sponsors the Budweiser Beer Garden at the festival, curated by the non-profit organization, Mothers in Action. By all accounts, The Wave stage will continue to support and grow with the Taste of Soul for many years to come.