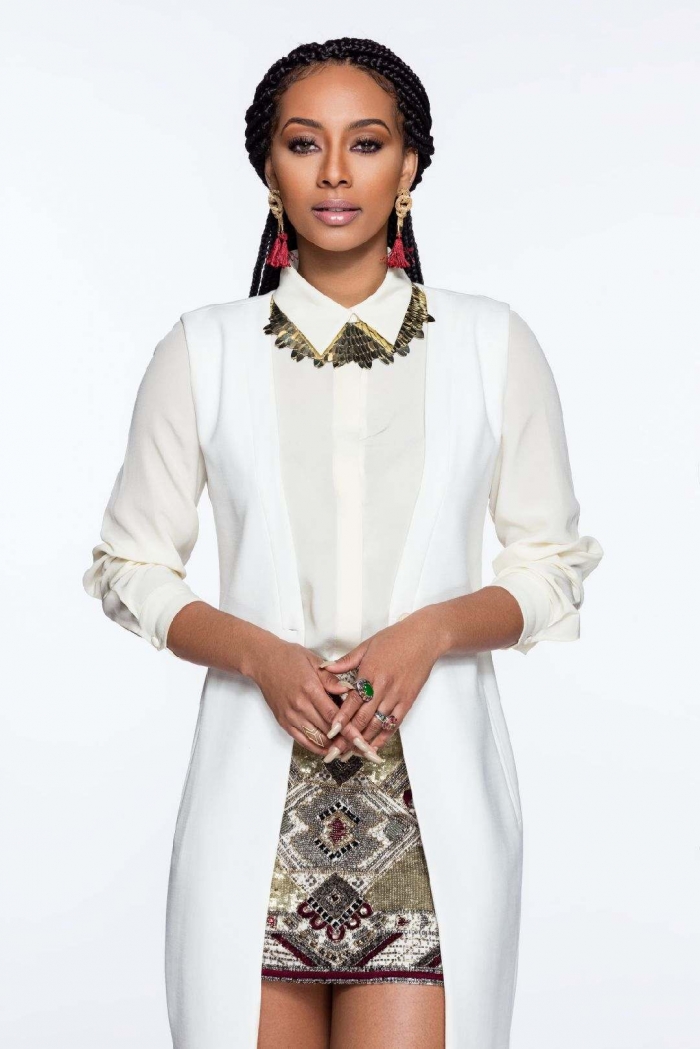 Keri Hilson will perform on the Hyundai Sound Stage at Taste of Soul, October 19! Courtesy Photo

In its 14th year, the Bakewell Media’s Taste of Soul Festival continues to bring unique, authentic foods and entertainment to Crenshaw Blvd. This year, the event will welcome R&B singer-songwriter, Keri Hilson to the Hyundai Sound Stage on Saturday, Oct. 19.

It’s been four years since Hyundai became a sponsor for the festival and in that time, it has invited countless artists including Chante Moore, Teddy Riley, Ginuwine, Brandy and more to perform for eager fans for free.

Taste of Soul’s latest addition, Hilson is a well-known name in the R&B community with hits like “Turnin Me On,” “Knock You Down” and “Pretty Girl Rock.” The Georgia native’s debut album “In a Perfect World…” was released in 2009 and debuted number 4 on the Billboard 200 chart.

“I don’t do a lot of shows these days, I’ve been buckling down, you know, working on the project that’s releasing very soon so it’s awesome to be able to [perform at Taste of Soul],” Hilson said.

At an early age, the singer began singing and writing songs but she found her way to her first stage during a piano recital at 12-years-old where she performed an original song titled, “I’ll Never Let Go.”

“What first drew me, I think, was just knowing that I had a true passion for music from a very early age,” Hilson said. “I knew that I would follow music wherever it would take me.”

Hilson’s self-proclaimed “debut to the world” was her collaboration with rapper Timbaland, “The Way I Are,” a song that left her imprint in the musical world.

“There’s a certain pride that I feel, having that kind of introduction from someone who’s work I had admired [for] my entire life,” Hilson said. “I just felt really honored to be next in line for a Timbaland introduction.”

Although Hilson’s career has taken her all over the world, her favorite place to perform is in Africa, where she’s visited around 10 countries.

“The energy, the spirit, just reminds you of what true soul is. It’s perspective shifting as well,” Hilson said.

In addition to Hilson, the Taste of Soul festival will also feature Dru Hill with Sisqo, Johnny Gill and EU with Sugar Bear.
While she couldn’t confirm or deny whether her 45-minute set would include music from her upcoming project, Hilson said the untitled album is coming “very, very soon.”

“We’re mixing it right now and we’re literally right there wrapping up the last few bits of all of the excess that you need to release an album,” Hilson said.

This newest project will be the latest album from Hilson in almost a decade since her last studio album, “No Boys Allowed.” In what Hilson described as the “height of her career,” she decided to step away from the spotlight in order to take care of her mental health.

“The reason I stepped out of the industry… was because I dealt with depression,” Hilson said. “I was at the top of my life if you were looking at the trajectory of how people would perceive a life to be, [but] I was actually experiencing my lowest.”

In her time away from music, Hilson used this new-found freedom to learn who she is as an individual. Working in the industry since a tween, Hilson wanted to spend time discovering her own identity outside of an artist.

“From 14 to 28 [years old], for that long I had never known myself outside of working very hard, songwriting for nine years and all of that, I didn’t know myself,” Hilson said. “It became the most beautiful years of my life.”

“Taking away the arts and music, physical education in school, those are very important outlets whether they’re physical outlets or outlets of expression we’ve got to bring those back,” Hilson said.

In between being a mental health advocate and singer-songwriter, Hilson also deems herself as a foodie.

“I’m a dipper, I am a condiment sauce queen,” Hilson said. “A childhood comfort food would be tomato soup with either a grilled cheese or a mac-and-cheese or vegetable soup with a good old fashioned PB&J.”

With dozens of vendors, Taste of Soul caters to numerous palettes and food diets. As a mostly pescatarian, Hilson said she’s looking forward to the festival to try out some new food.

“I’m a well-known foodie who had to make the switch for a better, healthier lifestyle,” Hilson said. “LA is one of the places you can look to for well-seasoned tasty, healthy food so I look forward to being able to explore and get some new recipes and ideas,” Hilson said.

Look out for Keri Hilson’s performance and others at the Hyundai Sound Stage on Saturday, October 19. For more information including food vendors, entertainment and more visit tasteofsoul.org and get updates by following Taste of Soul’s Twitter, Facebook and Instagram at @TasteofSoulLA.

Bringing Destination Crenshaw to the Taste of Soul Experience

Church Comes to the ‘Shaw’ via Brenda Marsh-Mitchell Gospel Stage