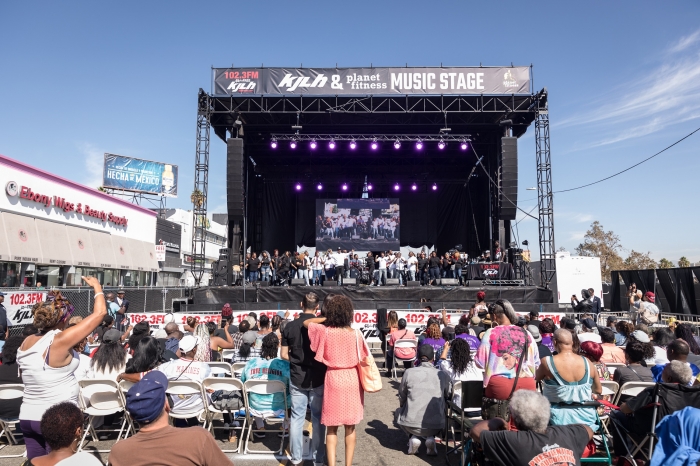 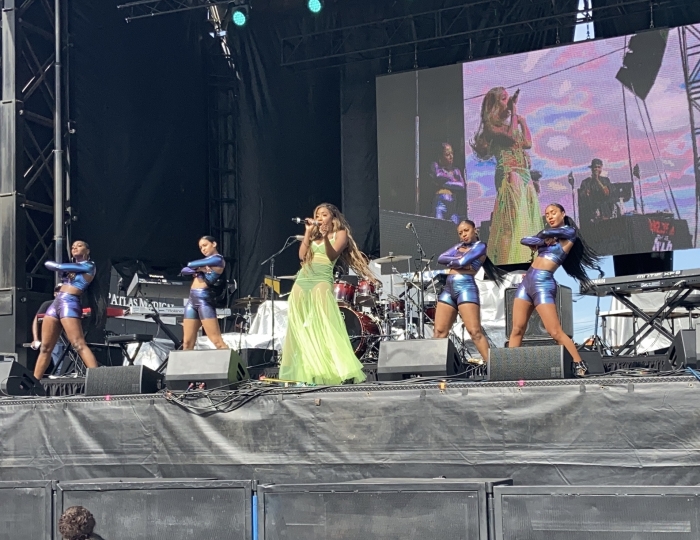 Sultry singer Sevyn Streeter sings crowd favorites “Before I Do” and uptempo jams at the 2019 Taste of Soul, KJLH Stage.

The 14th Annual Taste of Soul was nothing short of exceptional and this year’s Radio Free KJLH stage left an impact that will forever be etched into the heart and history of Los Angeles.

Sponsored by Planet Fitness, the KJLH stage featured a unique mix of old school jams, new school vibes and classics we’ve all come to know and love. Gospel artists Fred Hammond, Tye Tribbett, Charles Jenkins, and Anthony Brown kicked off the event, setting the mood and uplifting the crowd with some of our gospel favorites. Onlookers also got the best of RnB, Hip-Hop and soul as artists Jon B., Sevyn Streeter, SZA, Snoh Aalegra, 702, DJ Kool, J. Brown, Rahsaan Patterson and the incomparable Stevie Wonder hit the stage.

And when Grammy-nominated artist Jon B. took the stage, a pair of purple panties were thrown on the set by an obvious super-fan as a sign of affection. Known for hits such as the 1995 love ballad “Someone to Love” featuring Babyface and 1998’s “Are U Still Down” featuring the late 2Pac Shakur and “They Don’t Know,” the R&B crooner looked and sounded just as phenomenal as he did in the 90s. 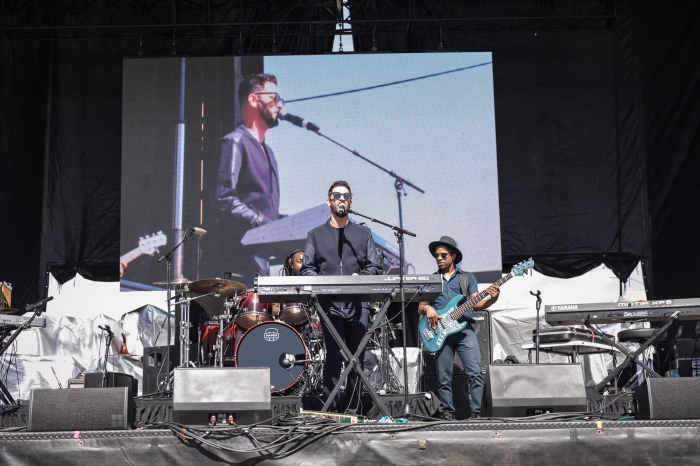 R&B Crooner, Jon B. performs classic hits “Are U Still Down” featuring the late Tupac Shakur and “Someone to Love” featuring Babyface, amongst other hits at the 2019 Taste of Soul.

In an exclusive interview, Jon B. says he attributes his longevity to the use of real love and life experiences in his music. “Putting your love in anything really helps to preserve your inner-soul,” he said. “There is no greater reward than watching it last the test of time because it ends up being a sentiment that the world can relate to,” he continued.

Today, Jon B. says his life consists of being “ a rockstar on the weekends and Mr. Mom on the weekdays.” The artist says that it’s God, his wife and children that have kept him grounded all these years. “My spiritually keeps me grounded because I know that there’s no greater one than Him. I’m really just a tool for Him to do what he’s planned all these years for my destiny,” he affirmed. In the near future, Jon B. says he’ll be tapping into the world of music scoring and executive producing for film and television.

We also caught up with singer-songwriter Sevyn Streeter behind the scenes, who was also among performers. The songbird, known for her sultry singles such as “Before I Do” and “It Won’t Stop” featuring Chris Brown says that it was nice to have everybody “vibe out and sing along” to her music at the Taste of Soul. “It was a good show,” Streeter said. “I love the station (KJLH) and I love Stevie Wonder, I had to come out and do it for Stevie,” she continued. 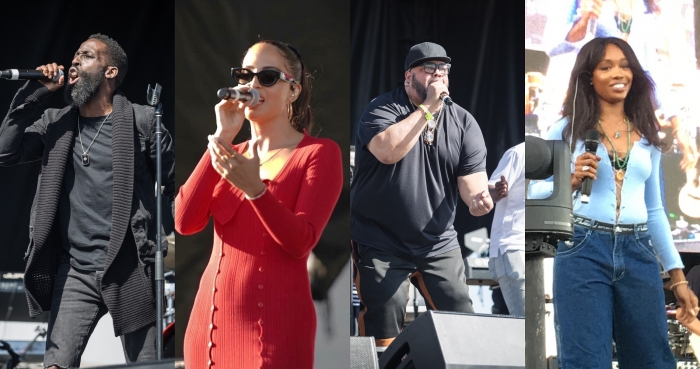 During our interview, Streeter revealed that she’ll be releasing new music before the year ends and doubling back at the top of 2020 to share new content with her supporters. The multi-faceted artist says her upcoming project, “Drunken Words, Sober Thoughts” will detail some of her recent life experiences of love, heartbreak and loss.

When asked about her sweet, yet sassy demeanor, Streeter says she simply loves people and likes to keep things cool, calm and collected. “I keep to myself. I love the studio, I love music. I mind my business that’s all,” she stated. Streeter did say, however, that she’s working on a reality show and is “looking forward to allowing the fans” into her world a little more.

As an ode to the era of DeBarge, R&B artist J. Brown performed his hit-single “Give it 2 U” giving the crowd an uptempo take on El DeBarge’s and James DeBarge’s smash 1982 single “I Like It.” Neo-soul artist, Rahsaan Patterson also performed, saying it was his second time at the Taste of Soul and that “KJLH has always been very supportive” of his work. 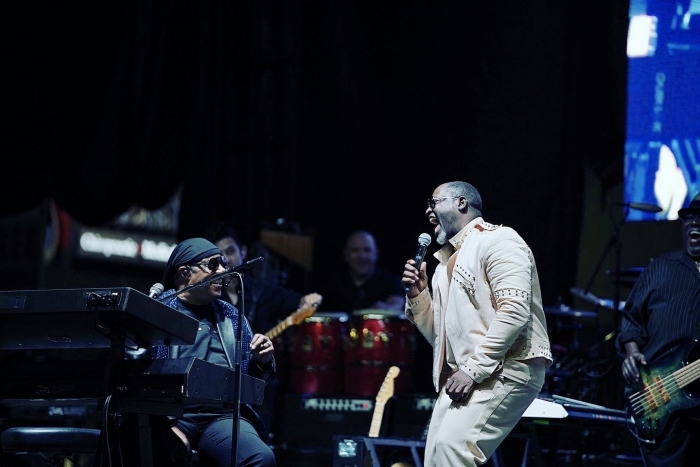 To cap off the festivities, world renowned, chart topping and Grammy-award winning music artist, Stevie Wonder was the highlight of the event, surprising the community with an encore performance of his legendary hits like “My Cherie Amor,” “As” and “Superstition.” In a moment to cherish, the musical genius reminded everyone in attendance just why we love him.

And as if it couldn’t get any better, Stevie Wonder brought out artist SZA, who wooed the crowd with a super sexy performance of her hit-single “The Weekend.” Whispers from the audience also revealed that Ralph Tresvant and Johnny Gill of New Edition were backstage, the pair of which later performed alongside Stevie Wonder to deliver an epic rendition of Gill’s hit single “My, My, My.”

As the crowd basked in nostalgia, it was evident that that 14th Annual Taste of Soul proved once again to be a day to remember. For exclusive interviews from the day’s performers and special guests, visit www.lasentinel.net.