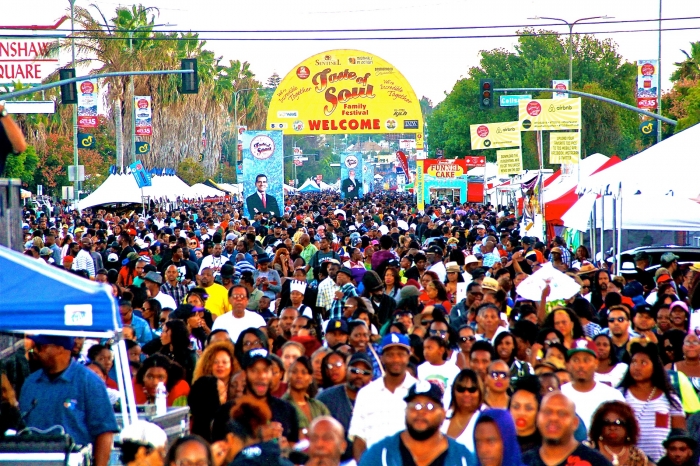 It’s time for Taste of Soul—the largest family festival in Southern California, which brings over 350,000 people annually to Crenshaw Blvd for food, family and fun. This year promises to be one of the best with world-class entertainment, new and returning vendors and of course, the attendees, Taste of Soul Nation! Taste of Soul turns 14 this year, a dream realized by CEO of Bakewell Media and executive publisher of the Los Angeles Sentinel/L.A. Watts Times Newspapers, Danny Bakewell, Sr.

In 2005, the festival was the vision of Bakewell after acquiring the Sentinel to bring in more revenue, while expanding the reach of the publication into new media markets. Along with the help of his longtime executive assistant and community activist Brenda Marsh-Mitchell, who also served as president of Mothers in Action – a Taste of Soul non-profit partner since the first year —Taste of Soul was born. Together with city officials, community partners and friends, Taste of Soul has become the #1 family festival having attracted hundreds of thousands of people from SoCal and beyond as it continues to grow and shatter attendance records.

Taste of Soul has been dubbed by Los Angeles Mayor, Eric Garcetti, as the largest one-day free street festival and event in all of L.A. city & county held on Crenshaw Blvd. The annual Fall event, takes place every third Saturday in October, featuring local and international cuisine and merchandise from vendors, live entertainment on four stages and information from multiple organizations.

Taste of Soul is a community event that highlights SoCal’s Black cultural experience fused with diverse cultures and traditions. 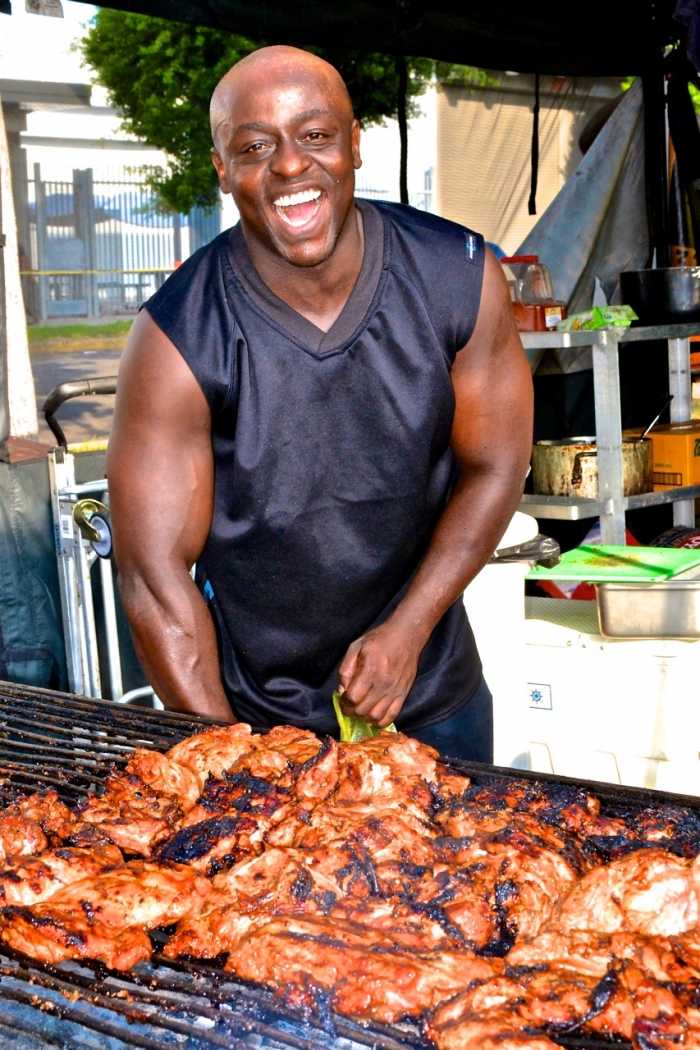 Taste of Soul has become the destination to discover delicious food and shop for just about anything from hundreds of vendors. You will find American, Mexican, Jamaican, African and culture-fusioned cuisines just to name a few at this festival. Attendees will also be able to finish off their meal with a plethora of dessert vendors bringing cakes, pies, cobblers, cookies, smoothies, candy-topped slushies, juices and other guilty pleasures.

Taste of soul is a tradition and it has vendors who have taken part in that tradition in past years, some since its inception, which includes: Dulans, Pucker Up Lemonade, Crustee’s AKA Sharon’s Heavenly Cobblers, Brother’s BBQ, Dippin Chicken, Stone’s Jamaican to name few. Every year, Taste of Soul is delighted to welcome new vendors, who go on to become crowd favorites. This year the festival welcomes Frozencandyland, Chefism, Kick Ass Vegans, Mussels and Pearls and Peckish Snack Bar, again, just to name a few.

Although eating is fun, Taste of Soul offers the chance to shop for a variety of merchandise including art, jewelry, clothing and beauty products. The festival features a variety of non-food vendors like Malik Books, PipeDreams Apparel, Inglewood Laser & Aesthetics Plus, Bold Looks, Head Wraps and Clothing and many more. You can also find organizations sharing vital information on healthcare, voting, jobs—Taste of Soul feeds the body as well as the mind.

Attendees will get to burn off all those calories dancing at any one of the four, live entertainment stages at Taste of Soul. Whether groovin’ to R&B and Hip-Hop at the 102.3 Radio Free KJLH Sound Stage and Hyundai Sound Stage, singing along to classic funk and R&B at the 94.7 The Wave Stage or giving praise to the Lord and making a joyful noise at the Brenda Marsh-Mitchell Gospel Stage, there is plenty of entertainment on hand. 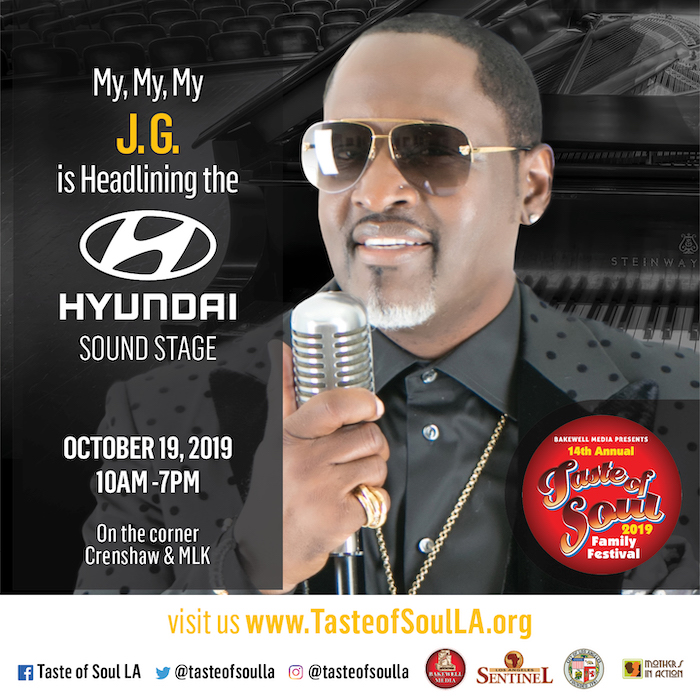 Four-year sponsor Hyundai is back with an amazing entertainment lineup with their “We Are One” Experience and an impressive lineup. This year, the Hyundai Soundstage will showcase hip-hop legend, Doug E. Fresh, as host and performing along with LA’s own, DJ Mal-Ski and Friends. The Hyundai Soundstage will feature artists including EU f/ Sugar Bear, Keri Hilson, Dru Hill and headliner, Johnny Gill. 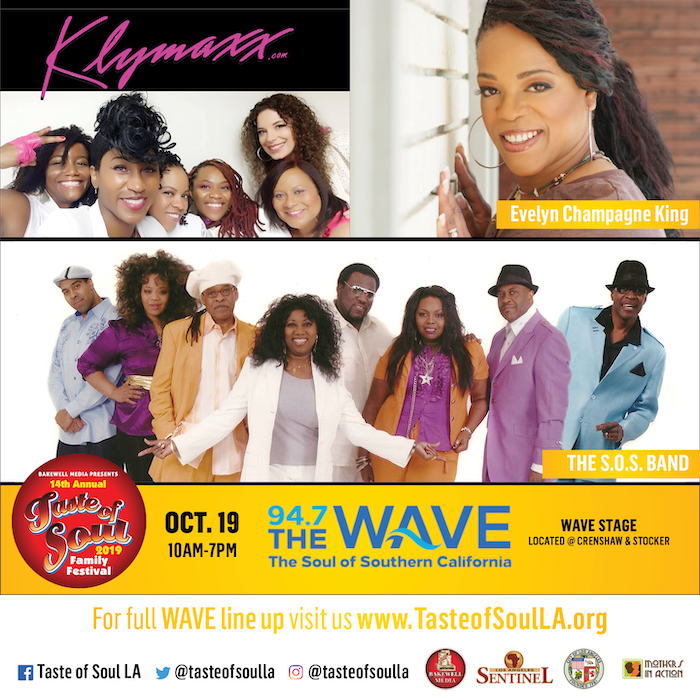 The WAVE is back with some amazing musical icons and talent as a part of its lineup—and this year is no different. This year welcomes back on-air personalities Pat Prescott with a special guest host, CBS 2’s, Pat Harvey. The WAVE stage also welcomes DJ Shell, who will keep the entertainment going throughout the day. The 94.7 The Wave Stage welcomes S.O.S. Band, Klymaxx, Evelyn Champagne King, Chosen Recovery, Cultural Soul, Tony Grant, Tay Walker and special performance by Bakewell Media’s StarQuest Winner! 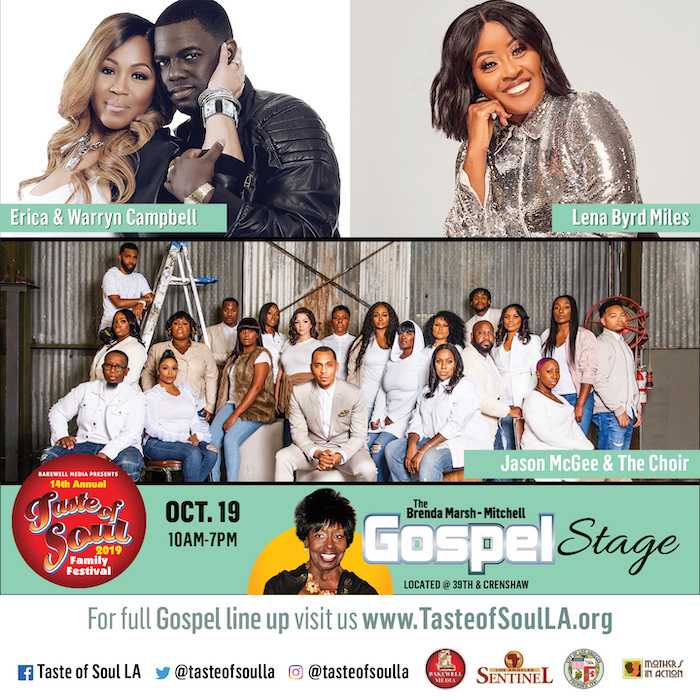 The Brenda Marsh-Mitchell Gospel Stage will fill the crowd with the love, encouragement and peace of the Holy Spirit. Marsh-Mitchell was the executive assistant to Bakewell, Sr. and responsible for the gospel platform for eight years before her passing in 2014. What she established continues to bring the best of what Taste of Soul is at its core—love.

This year will feature local and national artists with celebrity co-chairs, gospel mega-producer Warryn Campbell and his wife, Grammy award-winner Erica Campbell. Warryn presents his “My Block” lineup including JoiStaRR, Jason McGee and The Choir, Lena Byrd Miles and The Walls Group. 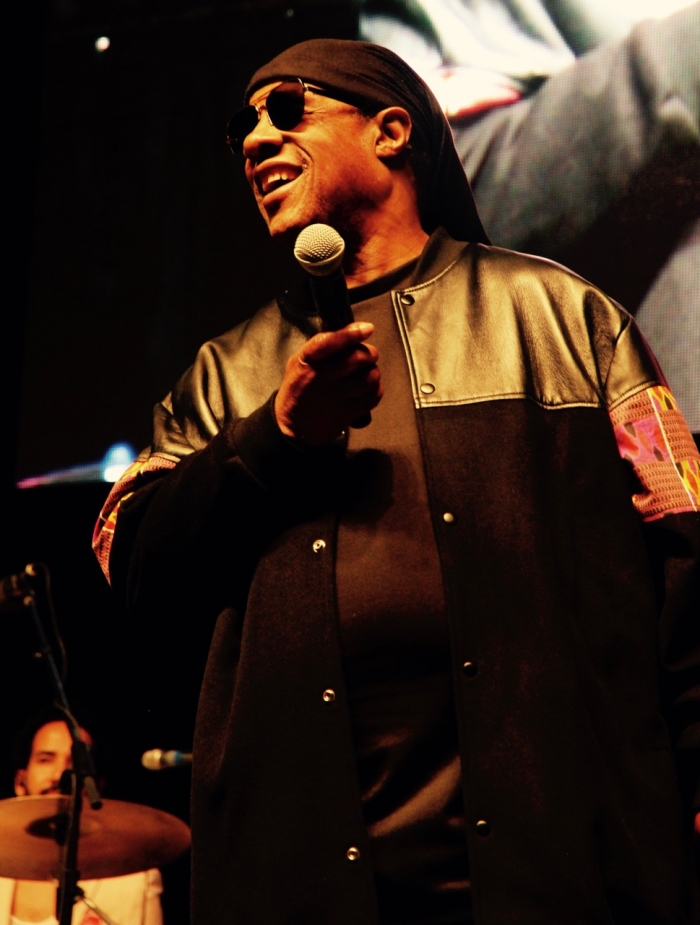 102.3 Radio Free KJLH Sound Stage has brought mega-hit talent lineups every year since becoming a radio partner with 94.7 The WAVE. As of press time, the talent lineup has not been revealed so please stay tuned to tasteofsoul.org for more info. The KJLH stage will also feature a special performance by Bakewell Media’s StarQuest Winner! 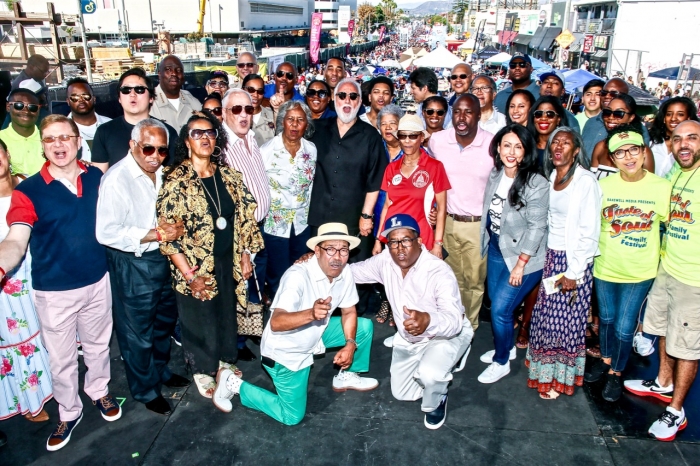 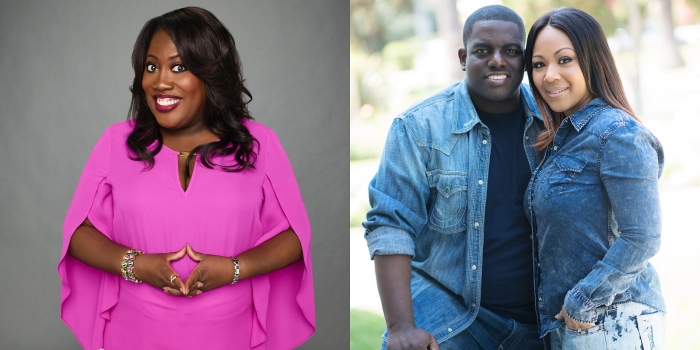 Taste of Soul is presented by Bakewell Media, produced by the L.A. Sentinel Newspaper and Mothers in Action in partnership with the Brotherhood Crusade, AAUC, L.A. City, L.A. county, 102.3 Radio Free KJLH, 94.7 The WAVE and CBS2/KCAL9.

“The evolution of Taste of Soul has simply been about the care for Black people and wanting the best for our community,” stated Bakewell. 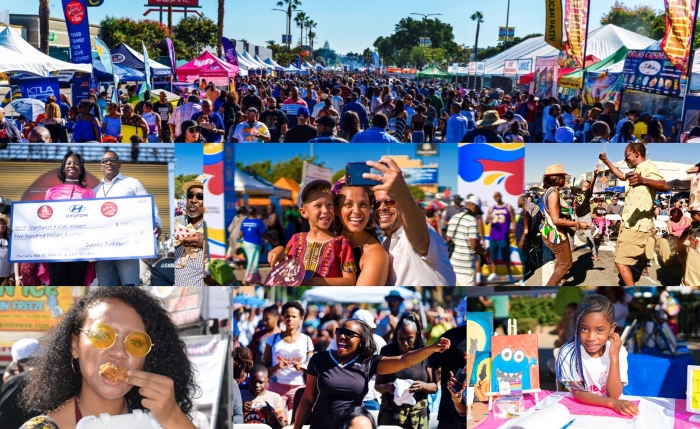 Please download the Taste of Soul mobile app as your go-to event guide for the latest information on vendors, stage locations and entertainment, transportation and parking needs, shuttles, street closures, locations of medical stations and information booths, and partners and sponsors information.

Church Comes to the ‘Shaw’ via Brenda Marsh-Mitchell Gospel Stage